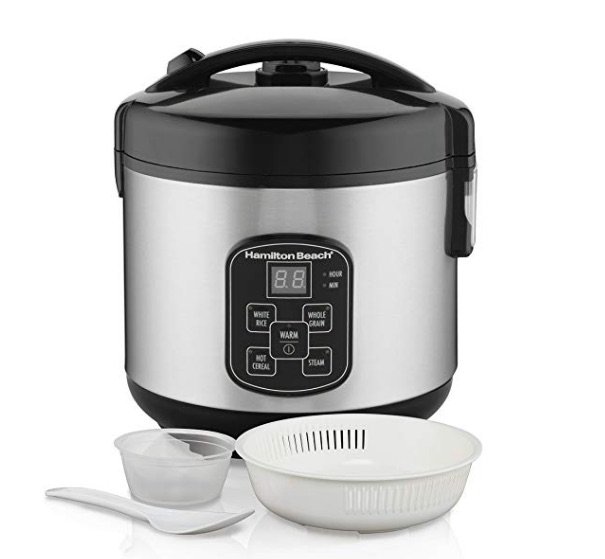 Hamilton beach is a well known brand here in the US and they have been making quality cookware for many years.

Today we’re going to take a look at their most popular rice cooker line to date: the Hamilton Beach 37518 Rice Cooker. This is a very affordable rice cooker that has many of the same features as higher end rice cooker models. And it’s really fast.

It can make a variety of rices: from white rice to brown, rice, short or long grain, grits, cream, quinoa and more.

It’s also a versatile device allowing you to make more than just rice as it has the ability to steam, heat, and simmer food as well.

Our Take: Most rice cookers under $50 don’t have the capability to cook anything more than white rice. They also don’t have timer functions or the ability to cook large capacities of rice. The Hamilton will be fine for dorm rooms and infrequent rice eaters and is a great value. See the Hamilton Rice Cooker here.