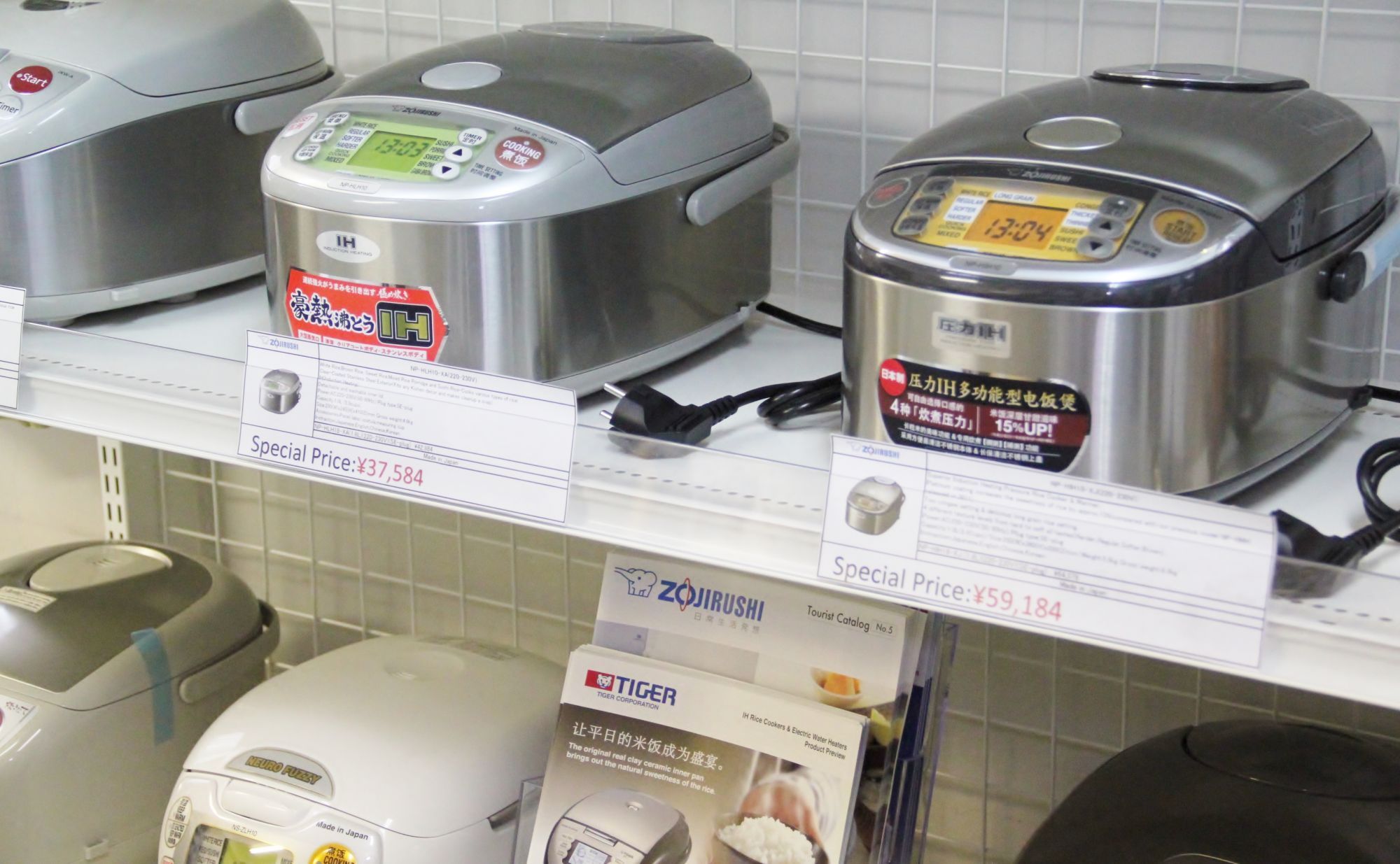 Rice cookers were invented in Japan, which is only natural since rice is a staple in Asian cultures, and they have been consistently producing top quality rice cookers since 1955.

Why a rice cooker? So you can avoid the guesswork involved in making rice over the stove and spend more time actually preparing other meals, while enjoying perfectly cooked grains of rice that come out fluffy and flavorful every single time.

The Japanese figured this out long ago and have spent several decades perfecting rice cookers so their devices are, naturally, the gold standard by which all other cookers are judged.

But perfection comes at a cost. Zojirushi and Tiger rice cookers range anywhere from as low as $70 to over $300, certainly a heavy upfront investment compared to other lower priced cookers.

That said, for people who want the best rice cookers available that are known to produce perfectly cooked rice for over 20 years according to some users, then the price is justifiable.

At a glance, here our favorite Japanese rice cookers:

There are 4 Categories of Japanese Rice Cookers.

These rice cookers were invented in 1955 first by Toshiba. The first rice cooker models were very basic and had a simple design with little more than a heating coil and an on/off switch.

The introduction of a keep warm setting, which kept your rice fluffy and moist for several hours after it was done cooking was a game changer.

Keep warm is now considered standard today of course and any rice cooker worth its salt will have this setting. The difference in low and high end cookers is in how well the cooker can keep your rice tasting great, and for how long it can do so as well.

The only Japanese cooker in this category is the Zojirushi NHS-06 3 Cup Rice Cooker. You can see it on Amazon below

Micom cookers have a micro-chip that is used to help the rice cooker dynamically adjust its time, temperature and cooking settings on the flu – you know, like a real human cook would.

This technology is generally referred to as Fuzzy logic. In a nutshell, it is the reason a cooker can cook different types of grains of rice to perfection, be they brown or white to perfection.

Users swear that the rice made from these cookers simply tastes better than from convention cookers. One example given was that the difference was akin to microwaved vs oven heated food.

There are three popular choices here:

1.The classic and most popular is the Zojirushi NeuroFuzzy NS-ZCC10 Rice Cooker and Warmer. It’s been a fan favorite and Amazon choice for several years.

2. Another very popular choice and runner-up is the Tiger JBV-A10U. You can read more about both rice cooker models here or see them on Amazon below.

3) The third popular model is the Zojirushi NS-TSC 10 5.5 Cup Rice Cooker. This cooker has excellent reviews and quite frankly, looks great on any kitchen countertop.

These rice cookers are a step up from Micom cookers and they have the same heating technology but it is more advanced. It essentially allow for even more precise adjustments in heating, helping to produce even more perfectly cooked rice, again of all kinds of grains of rice.

These cookers apply an electrical current that produces a magnetic field within the cooker in order to distribute heat evenly on all sides of the inner pot.

The result? Faster heating times and perfectly cooked rice that is uniform, fluffy and flavorful on all sides throughout the entire batch.

But this all comes at a cost of course. These cookers generally go for $200 and up. This may be too big of an investment for most. But others see it as worthwhile given the purported longevity of 10 plus years, according to many reviewers.

The most popular and well reviewed choice is:

They have all the features and technological capabilities that dynamic cookers do, but with the added benefit of being a pressure cooker as well.

Only the most demanding consumers will spend upwards of $300 for ones of these cookers, but again, those that do, swear it was worth the investment as we could find very few 1 star reviews from buyers.

Now, there is one particular brand that is Korean that has a very popular rice cooker + pressure cooker. That is Cuckoo. Technically, it isn’t a Japanese cooker but given that it is the lowest priced cooker of the bunch, it’s worth mentioning.

You read that headline correctly, the cooker talks to you. For all that money, it better!

How to select the best Japanese rice cooker

We already touched on price cooking performance, which of course are some of the two most important factors to consider when purchasing a rice cooker, but what else should you look for:

How much rice can the cooker make in one go? How many batches? Due to the differences in how cups are measured, a rice cooker cup size is roughly ¾ the size of a US cup size.

Also, take note of the difference in cooked vs uncooked cup size. The cooked cup size is usually twice as much as the uncooked size. For example, a 3 cup cooker would yield 6 cups of cooked rice.

Generally speaking, a single person should be fine with a 1-3 cup capacity cooker. A family of four or frequent rice-eating couple may go for a 6-8 cup cooker, while large families may need a 20 cup rice cooker.

We already reviewed the various technology used in different Japanese cookers to cook rice but what about other foods?

Your rice cooker can make chili, soup, oatmeal, porridge and even cake. Cooking times will vary depending on the type and amount of food being prepared.

A good cooker will have pre-programmable settings that should easily help you cook most types of food at the touch of a button.

What if you want to begin cooking at a preset time? Say, right before you get home from work, or an hour before lunch? Good rice cookers have a timer function that allows for automatic start times so you’ll have delicious rice waiting for you when you at your convenience.

We already mentioned that all cookers have this setting but the difference is in how long they can keep your rice warm and preserve its flavor.

Some cookers are only good for a few hours, while others can keep your rice warm for several days. Your rice will taste as good on the 3rd day as it did when you initially prepared it.

And don’t worry, there will be no dent on your electricity bill as these high end cookers are energy efficient.

Some cookers are small and compact like the Cuckoo rice cookers. Others are a bit larger, but on the other hand, you may want to show off that $300 cooker.

Just keep the dimensions in mind if you’re in a tight space, such as a dorm room. Amazon should have exact dimensions listed on all the aforementioned cookers.

Keep the above tips in mind when choosing a cooker but get the important stuff right first. Decide your budget then get the best cooker you can afford within that budget, knowing that there’s a good chance you won’t have to replace it for several years. And if something does happen God forbid, all of the above cookers come with a warranty so you’re covered.

German engineering, American colleges, Japanese rice cookers. These are (somewhat stereotypical) examples of course, but the point is that we can all benefit from the Japanese attention to detail when it comes to making quality rice.