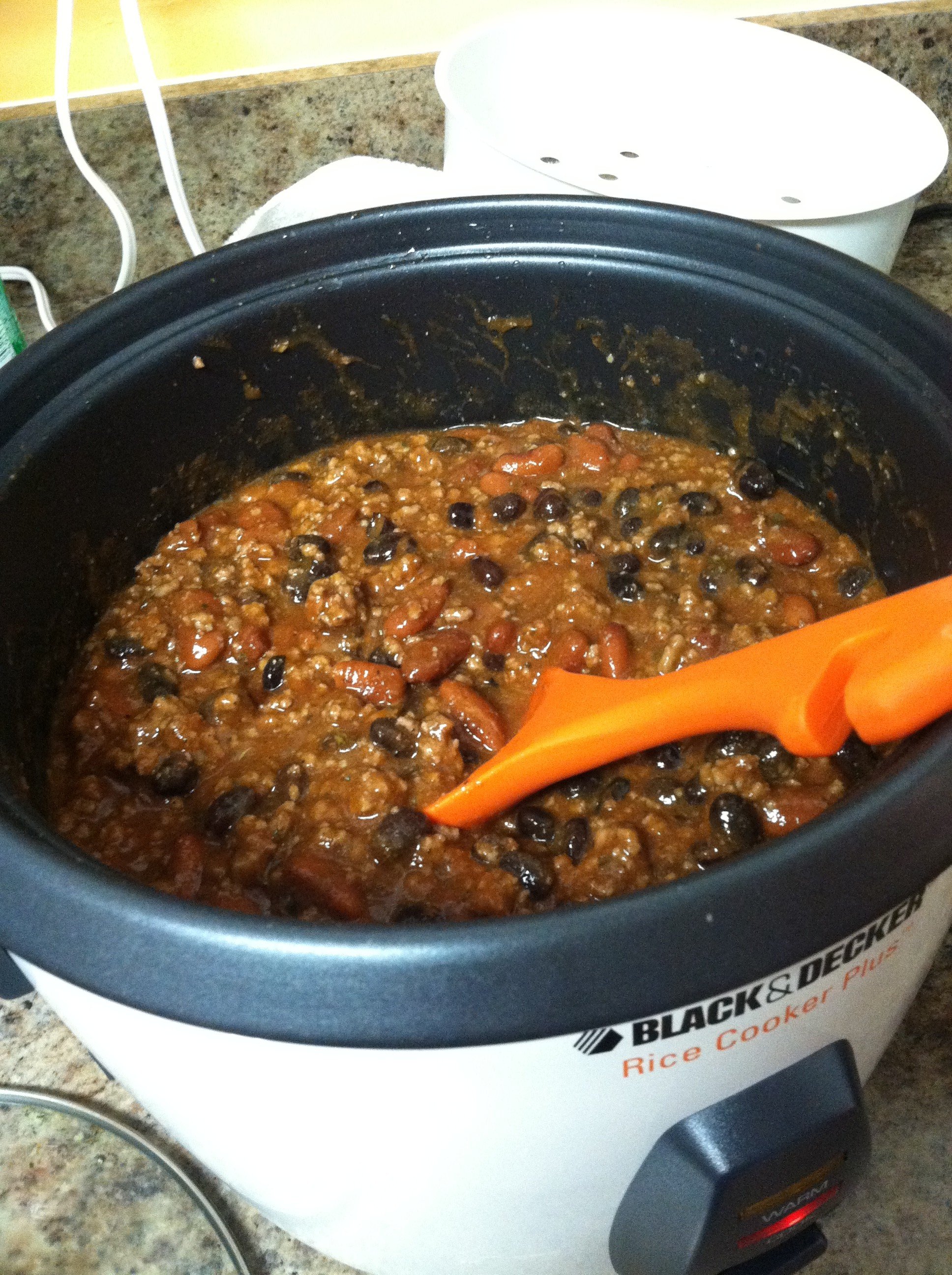 When it comes to your kitchen, a lot of appliances can serve multiple uses. Today, we’ll be talking about using a modern approach on an old-world cooking. In the image above, we’re cooking a rice meal using a modern Black and Decker Rice Cooker.

This, and any rice or grain steamer, is yet another appliance that can be used to create a variety of delicious meals, not just rice.

While many of these appliances today are electric, there is a bit of a past to this convenient product.

The Kamado was an earlier model used in Japan from 300 to 710 A.D. and was constructed out of clay, soil, and brick.

Burning logs were placed underneath, which would heat water and cook the rice at the top. Eventually this evolved into the Oki-Kamado, a portable version with removable parts that would be the predecessor to the Imperial Kamado, an earthenware cooker.

These models eventually produced the Okama, made of metal and constructed in an efficient oval shape and were used only to cook rice.

This eventually gave way to using electricity for cooking, which was experimented in the Taisho era (in the mid-1920s). However, these were more stoves or tubs with heating coils.

The Mitsubishi Electric Corporation created its own model in the late 1940s, but it required attention while cooking and was not automated. In 1956, Toshiba released 700 automatic models on the market and had employees go door to door to demonstrate the product.

The popularity soared, and Toshiba was producing 200,000 models a month. Not more than four years later, they were found in half of Japanese homes.

Pasta – How to Cook Past in a Rice Cooker

Many owners are surprised to find out that pasta is a great dish to throw in your cooker. It takes a little getting used to, but you can successfully make pasta just about anytime.

Keep in mind how much you can fit in, because pasta does double in size in the process of cooking.

For a decent portion, add one cup of your favorite pasta, a little bit of salt, and a teaspoon of oil.

Cover with water and add about 1/8 inch more so it doesn’t cook al dente (unless you want that).

Stir once or twice through cooking and catch before it switches to ‘warm’ for best results, and then you can go ahead and cook up a nice fresh tomato sauce with onion, garlic, oregano, and any fresh veggies you desire to go with it.

Hummus – Chickpeas in a Rice Cooker

Hummus is a delicious snack that can be enjoyed with a variety of foods, like pita pieces, vegetables, and chips. Well, you no longer have to rely on the store to get your fix.

Cooking the chickpeas will take about half an hour, but be sure to soak them before you start.

Cook your chickpeas in the model, remove them, and blend with your choice of ingredients, oils, and seasoning. Yum!

Nothing can really beat a decent pot of chili, and it’s even better when you make it in your cooker.

Use pre-soaked or canned beans to save time.